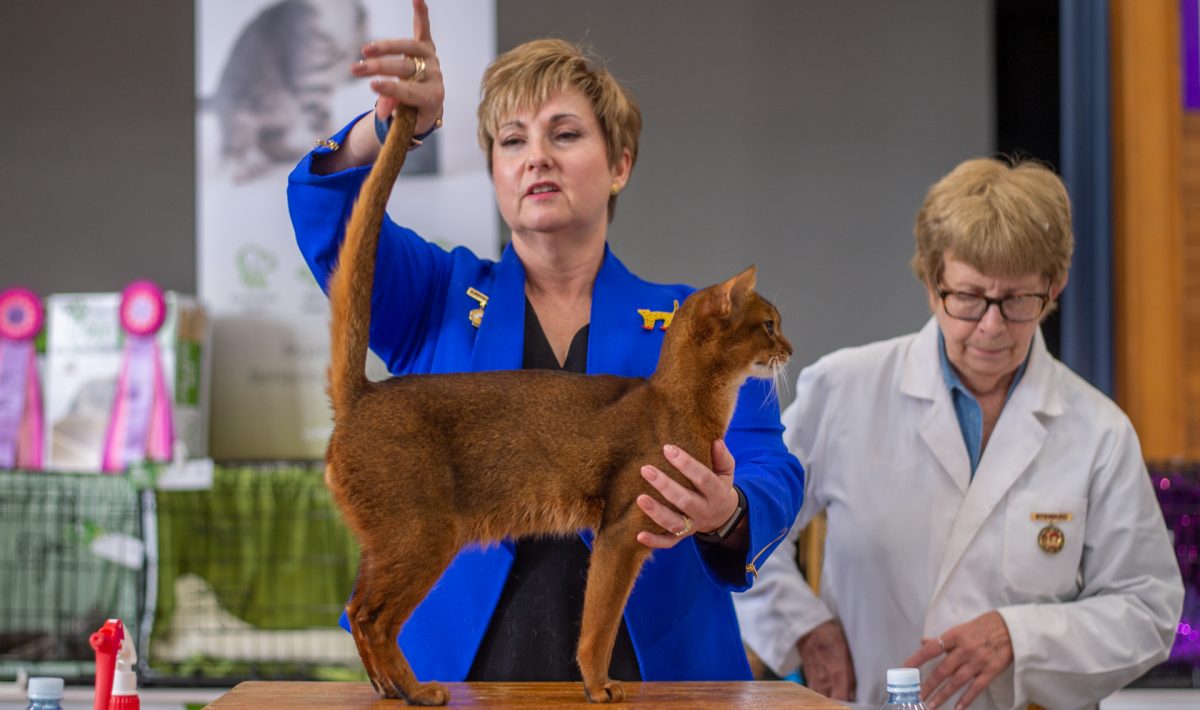 Its been a big year of shows for the Servero crew. Derrick Bennett is retiring and will only do the odd show now and then. He is now a Double Grand Champion. He likes going to the shows, but he doesnt like being judged, expecially after lunch time. After all, he is an internet sensation and doesn’t need to be a show cat as well. You can find him on instagram at @derrickbennetttheaby.

Leon has slammed the competition this year and is now a Bronze Double Grand Champion. He came 1st for the Golden Awards and Top Abyssinian Entire(Breeding Male) at the Royal Adelaide show. He is Top Aby Entire for both FASA( Feline Association of South Australia. ) and GCCFSA (governing council of the cat fancy south Australia). He absolutely loves going to shows. He struts his stuff on the show bench, unlike his brother Derrick Bennett. He poses and really enjoys the day out. He is also now Top Aby of Australia according to the Aby breeders club. We are so proud of him. If he didn’t like the show we wouldn’t push him to do it. He even likes bath time before a show!!

Calliope is our first Somali and our soon to be queen. She has taken out Best Somali Kitten with GCCFSA and we are now taking expressions of interest for her first litter for next year. She and Leon will be expecting kittens mid 2020.